The seed garlic came!  I ordered them from an online seed company called High Mowing Organic Seeds.  They were pretty expensive, but hopefully if they grow well we will be able to save our own seed garlic next year.  They came in whole bulbs which surprised me.  They are chesnook red variety. 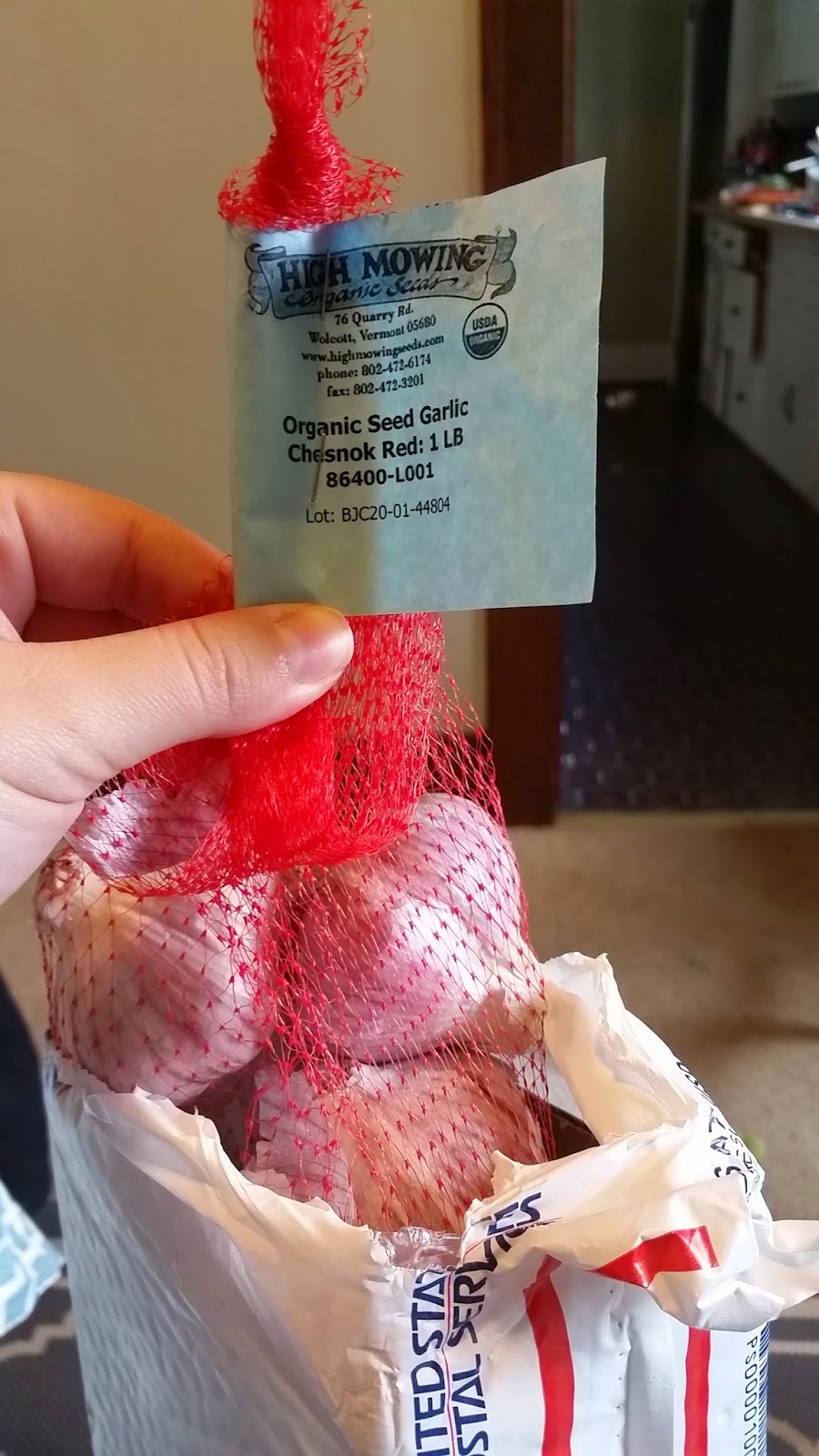 Mr. Pup wanted to eat some: 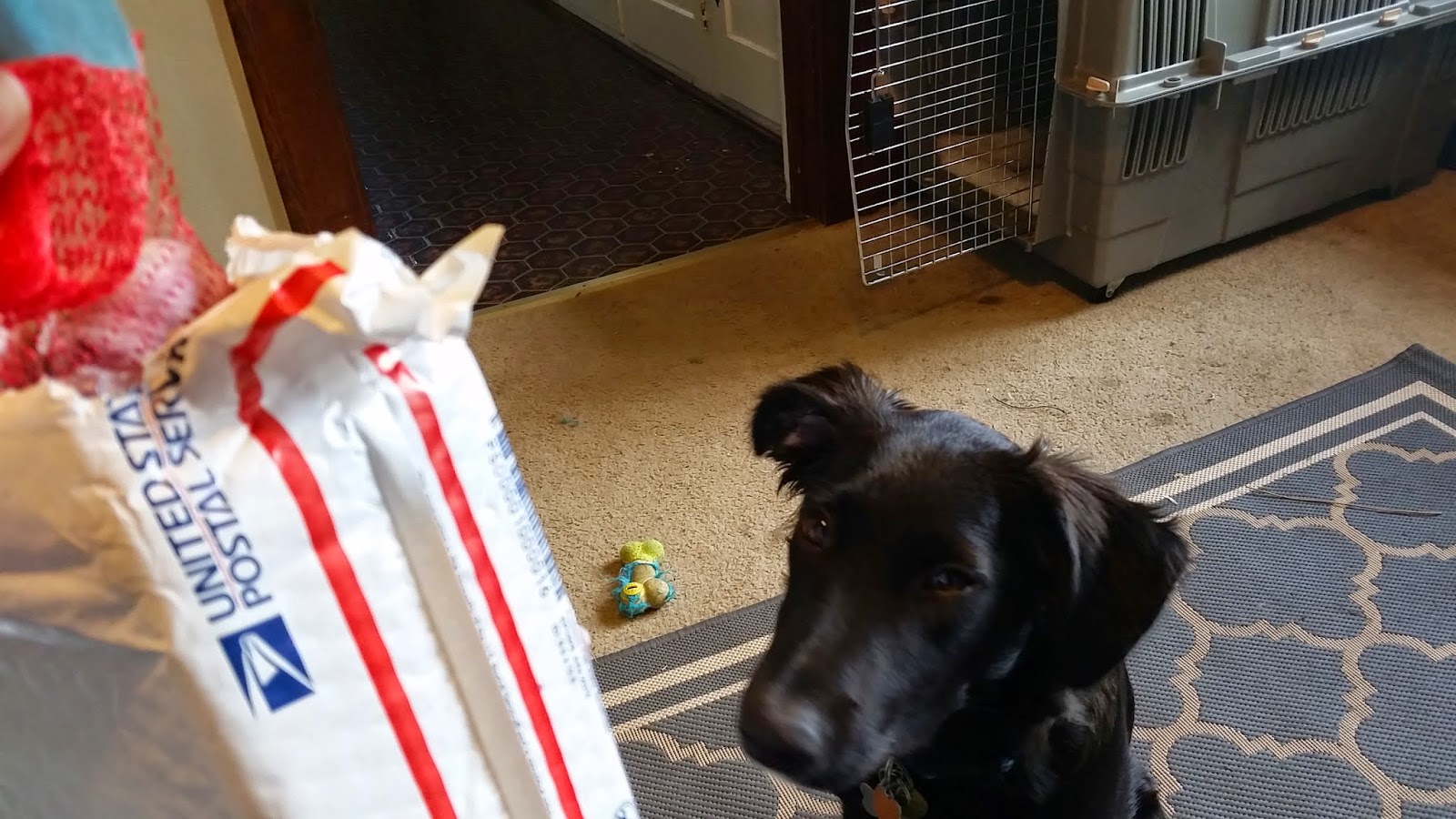 Then I split up all the bulbs into the cloves for planting.  68 cloves in all which if they turn into 68 bulbs is way more than we could eat in a year.  We are hoping to have enough left for seed for next year and then we won't have to buy them again. 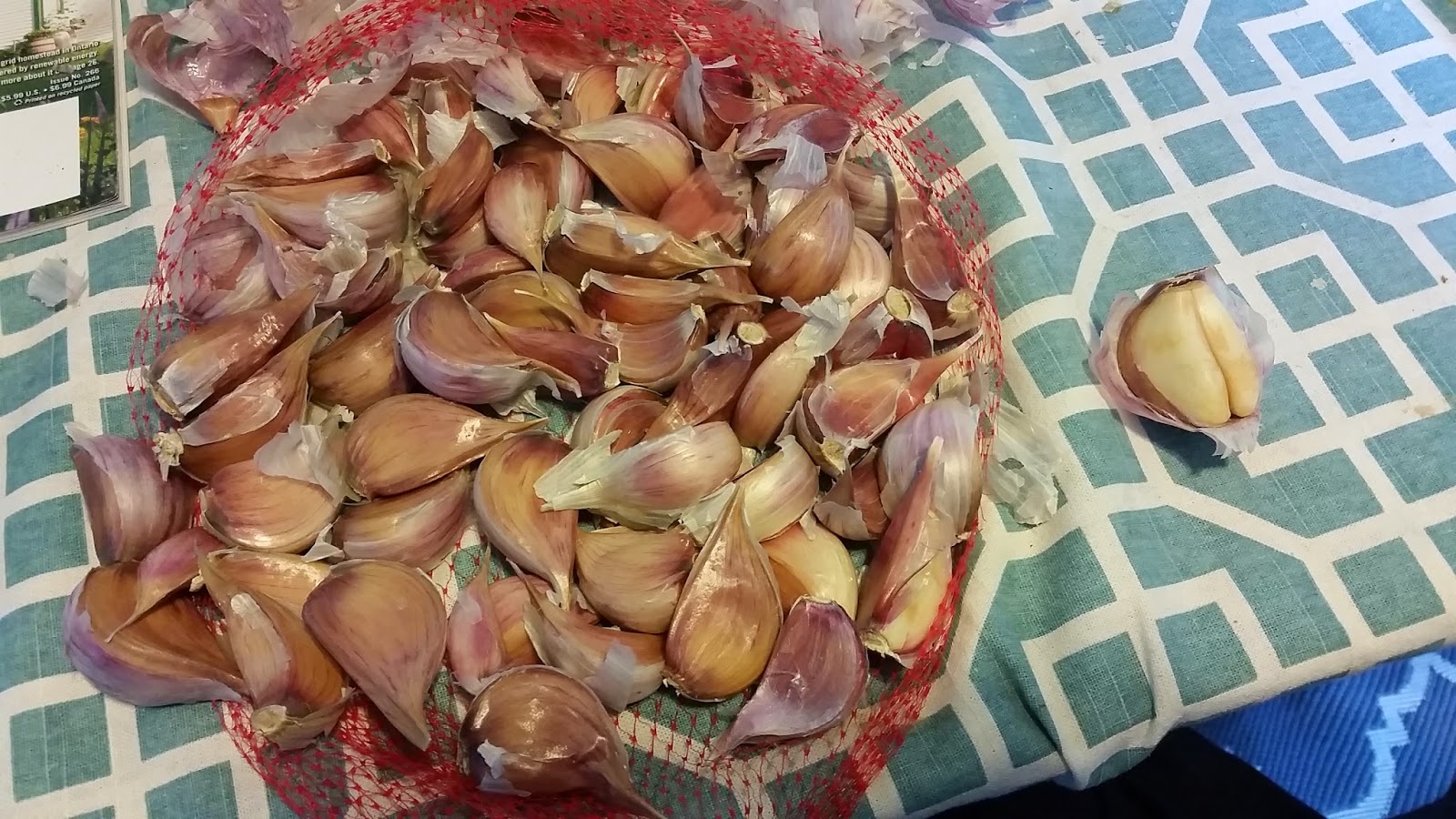 The paper came off those 2 cloves so I'm going to use those now because the online guide I found said to plant them with the paper on. 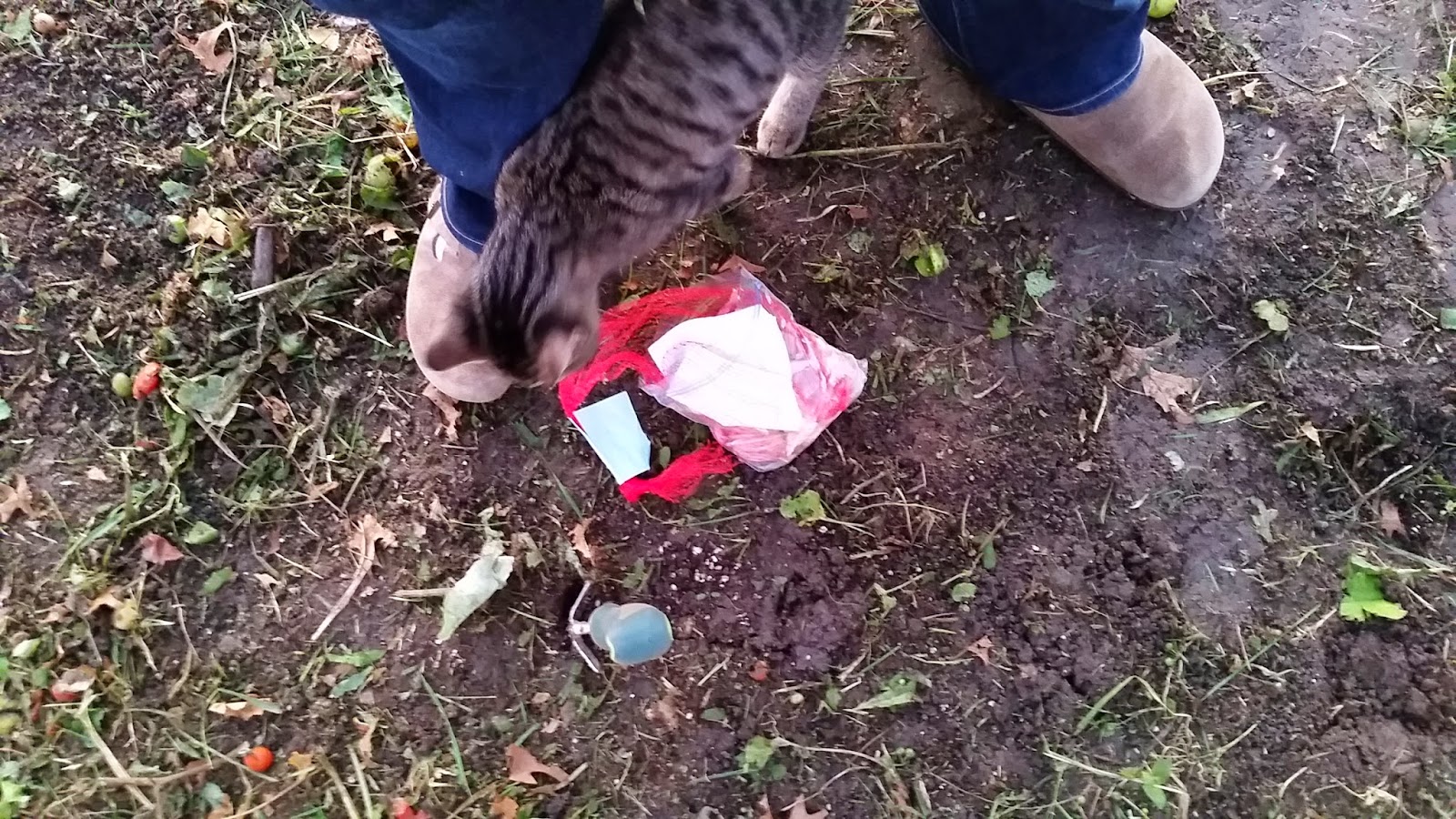 Oliver was really helpful while we planted. Not. He kept rubbing his head on the hands that were busy planting trying to get petted.

But before we could plant Corey had to clear out the garden which looked like this: 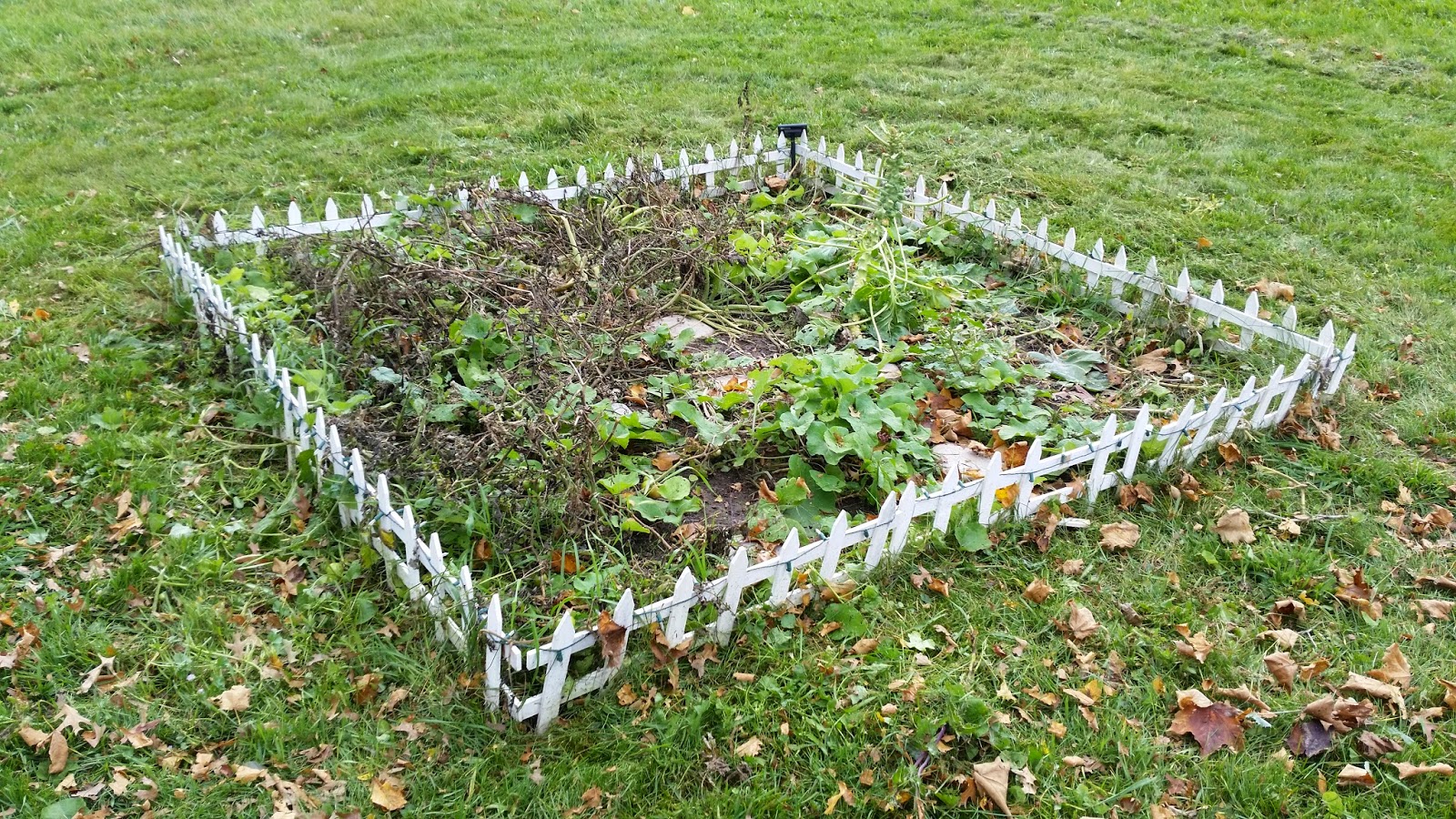 And after, all cleaned up & clove-filled: 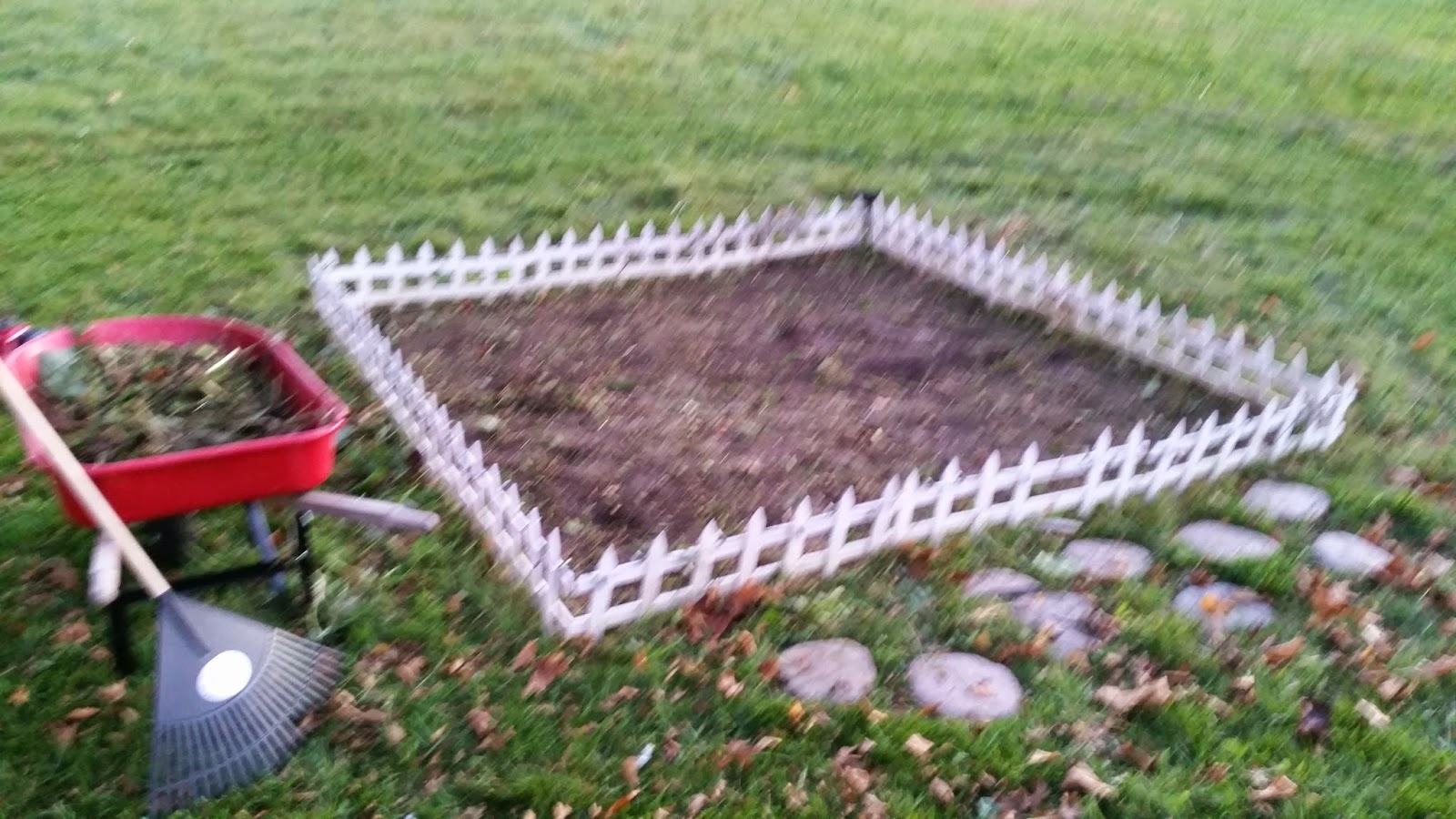 That whole square is filled with garlic believe it or not!

Now we just need to cover it with some sort of mulch/straw/leaves for winter.

Hopefully this crop will be successful and we won't be out $$$ for organic garlic or have to buy more seed again next year.