A couple of weeks ago Corey's parents found an AMAZING deal at Jewel on LED lights.  Yes, the grocery store.  It was a deal that made me think that it had to be too good to be true and that the lights must be junky.  But Corey looked them up on Amazon and they were being sold for $26 per bulb, but now the price went down to $14 per bulb.

All I can think of is that no one was buying them because they're a grocery store, so they put them on a big sale just to clear them out?????  It's too good of a deal to even question. 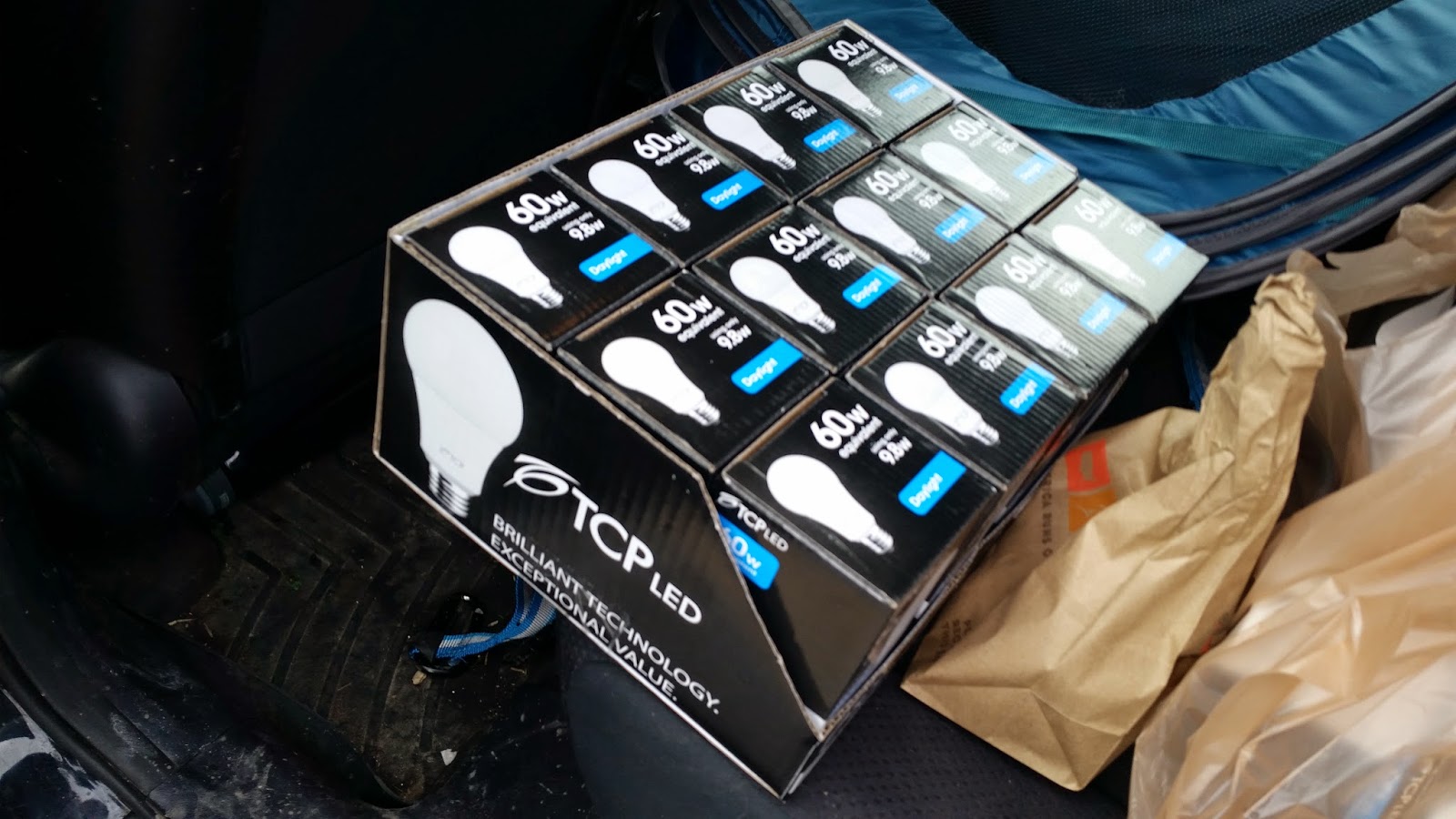 You may be wondering why we want LED bulbs so much.  Well, they last longer and use less power than even CFL bulbs.  Our LED bulbs are 9 watts, CFLs are about 13 and traditional bulbs are 60.  So there's a big difference in terms of power usage.  Supposedly these bulbs should last us 18 years before they burn out which is nuts.  One of our living room lights was 100 watts and now with all the living room lights replaced the entire living room doesn't even use 100 watts!

So Corey went to Jewel on his lunch break and bought a case.  Then he went back after work and bought another case for us and one for my brother.  In total he bought about 33 bulbs for us.

We immediately noticed the lighting change so Corey took a Before picture before he changed out the kitchen lights.

Before with our old CFL bulbs: 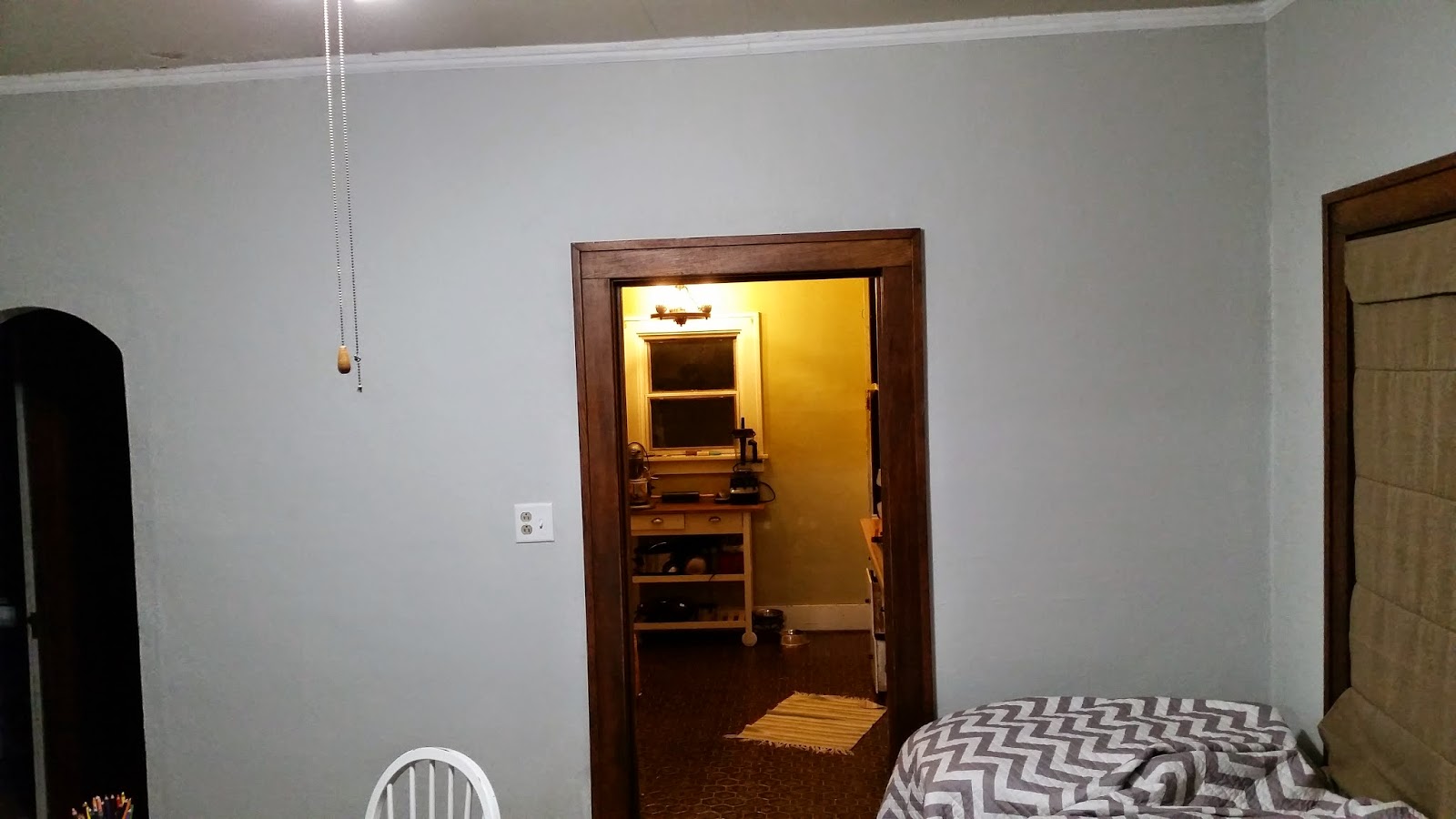 After with the new LED bulbs: 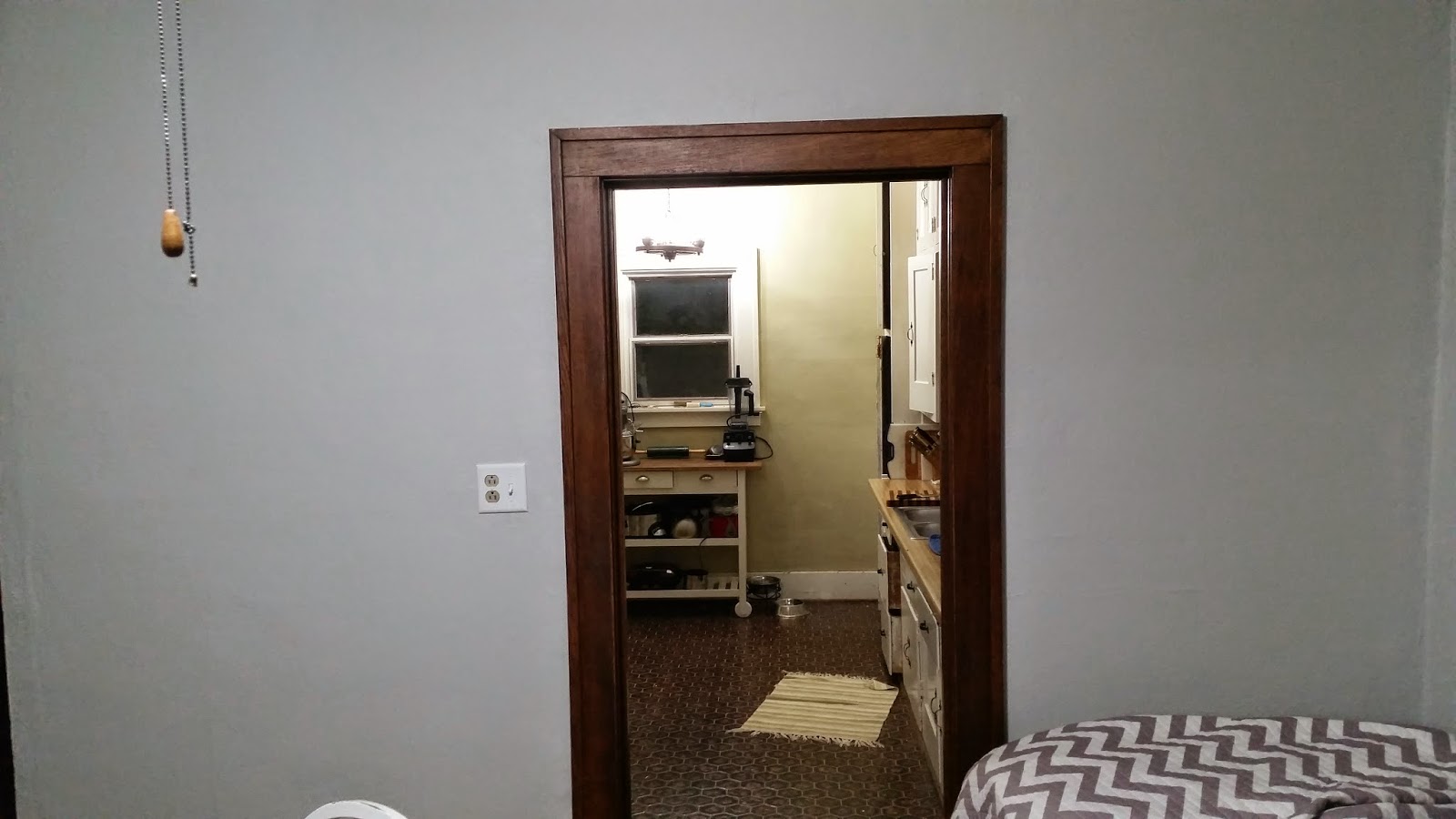 I can't get over how ORANGE the old lights were!

We bought some dimmable lights and some non so I don't know the full breakdown, but at a minimum we only spent $66 + tax for a houseful of LED lights.  Which is craaaaaazy.

The other upside to this is that now the house is so brightly lit that I am noticing how dreadfully bare our walls are and so now I am working on that.  In the coming weeks you should see lots of posts about art going up on the walls!
Posted by Crafty Lady at 5:00 AM